Spreading the word like a virus!!!! "Be responsible when shooting on public lands. Clean up when done. Respect the forest. Support the shooting sports."

That was our Target Shooter Info Center message today at Mary's Peak, West of Corvallis, OR. Thank you for the help in the booth today, Steve Williams and TNL Board members Tracy and Craig Yon. We talked everything under the sun about guns. Not a whole lot of shooters today but all we met were very supportive.

One Gent passed by and went shooting without visiting us. He wasn't sure what we were or what we were doing there. When he came out, he was packing a 40 gallon trash bag full! We called him over and thanked him for doing that on his own, without our prompting him to do so. He just does it every time he goes shooting. I treated him to 100 rounds of 22 ammo as an appreciation for his stewardship. He then turned around and said "Now that I have more ammo, I'm going back to shoot some more!" When he returned, he had another full bag of trash!

We had a great time visiting with the boys who were sporting the classic rifles! So cool!

Lots of classic sports cars and big Harley's out enjoying our great outdoors! A regular parade!

Nice day all round!

This happens on a regular day of target shooting...

I went out to go shooting today with a friend at North Fork Wolf Creek Rd dispersed shooting lanes in the Tillamook State Forest. I was a wee bit excited and woke up at 3 AM! Couldn't get back to sleep so got up, packed and left at 4:45. Arrived at 6:15 (it's just a little ways from SW Washington!!!). Only 1 other person there on lane 4. Sweet! Had the whole place to myself!

As I looked around at all the lanes, I got rather depressed at the volume of trash (to me, any trash is too much!). I began to clean up at lane 1.

Soon after, my friend Steve arrived. We are both cleanup kind of guys, (he attends just about every group cleanup event we do!!!), so he started in on lane 2, which was not bad at all. A group of young guys were shooting there and took a break to hear our message of responsible shooting and allowed us to gather up the minor amounts of trash.

We moved up to lane 3 where there were four other people already sharing the lane. We explained we'd like to clean up that lane and they gladly stopped and joined us! We were also able to replace 3 boulders that had been missing for a while (I love the winch on my "new-to-me" truck!!!). I remember Doug's name but can't place the others. Thank you Doug and guys for being such good sports and giving back to the Shooting Sports!

Steve and I thanked them and promised a BBQ lunch when we return from lane 4.

Lane 4 was not bad at all. In fact, we didn't have to do any clean up there because the person shooting there (Tony, I believe his name was), had already taken care of most of it and his friends would help him finish it off. So, all we did at lane 4 was to cover up some graffiti on the jersey barriers. Thank you Tony and crew!

Back to lane 3 and joined the other 4 guys for a group shoot and Polish Sausage Dog BBQ. Very nice morning for the weather and good people to meet and recreate with!

If this had been an official cleanup event, the Ore Dept of Forestry may have helped with the disposal fee, however, I decided Trash No Land would cover the cost this time. We would appreciate any and all donations via the Trash No Land website (Thank you!!!).

20 bags of trash, + a shot up gas tank and a PC computer. Pretty good haul for a half day payback and play!

Thank you Steve! I'll shoot with you anytime! 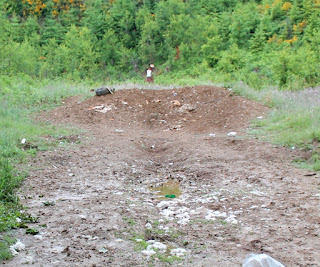 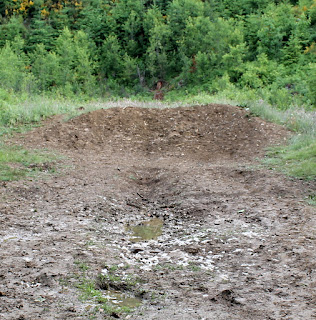 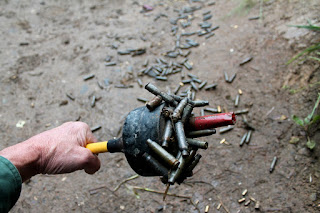 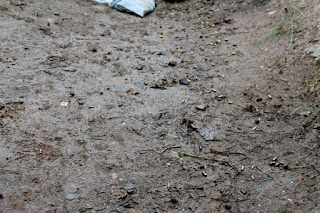 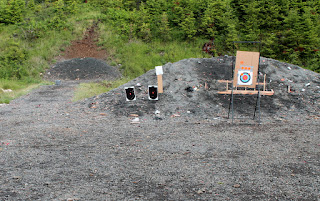 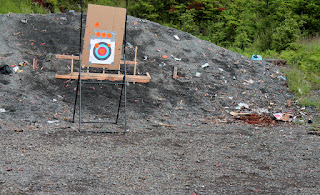 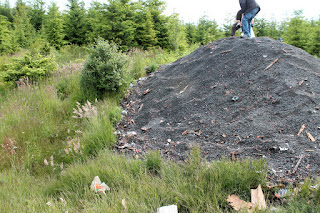 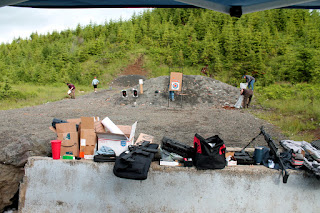 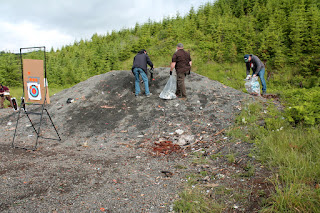 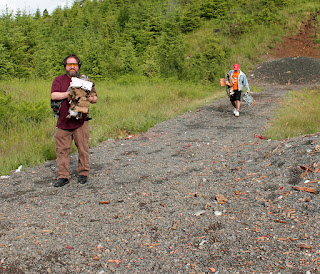 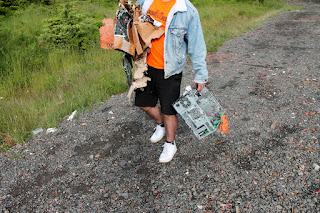 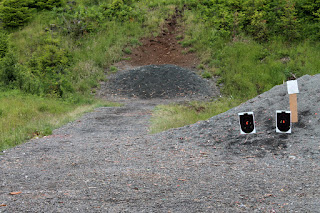 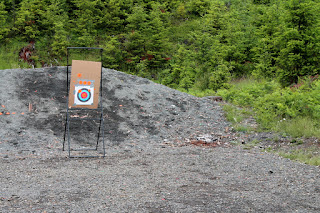 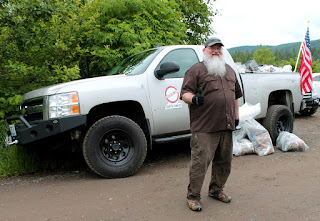 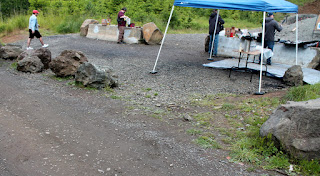 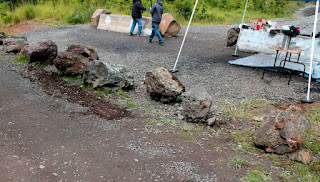 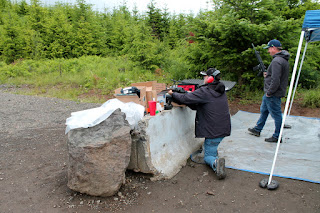 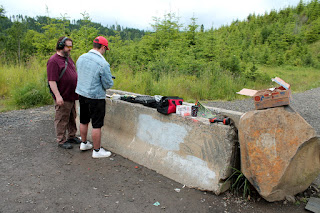 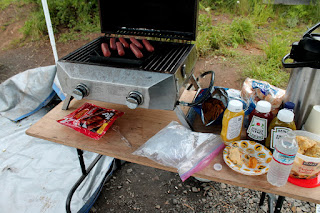 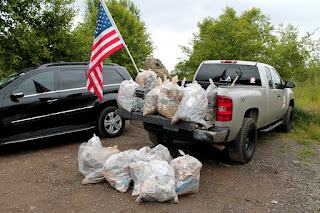 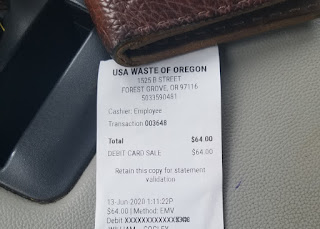