Year 2020 as been an abnormal year for many things and recreational activity on our public lands has been one of those abnormalities. The result is an overwhelming amount of trash has been left behind on the lands we value so much.

As Americans, we enjoy the freedom to recreate as we wish on our public land but it must be done with a standard of ethics and stewardship in our hearts. Every visit to nature must include the ethical virtues of fairness, integrity, responsibility, and respect. We also must adhere to the values of stewardship as we share in the careful and responsible management of our great outdoors.

Public land needs your stewardship and ethics now. And what a better time to do it than on National Public Lands Day! National Public Lands Day, Saturday, September 26th, is the nation's largest single-day volunteer event for public lands. Since 1944, it is held annually on the fourth Saturday in September. This celebration brings out thousands of volunteers to help restore and improve public lands around the country.

So pack a lunch, trash bags, and your volunteer spirit. Check the area you wish to go and be sure it is still accessible due to the recent windstorm and wildfires. Plan on being the steward our land needs you to be, this Saturday, Sept 26th.

Take photos and tell us about your Public Lands Day 2020. Email to volunteer@trashnoland.org. 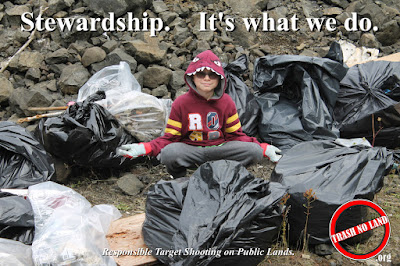 A Cowlitz County shooting site gets a random cleanup.

James, A long time user, and consistent steward of an old gravel pit in Southern Cowlitz County, put out a call for help, on the NorthwestFirearms website forum, to clean up his favorite place to shoot.  He reported trash had built up recently and has now become too much for one person to maintain.

He provided photos and described recent events that included two abandoned cars, a large bon fire area that is filled with thousands of construction nails and metal plates, and the remaining spring of a burnt  mattress.

"The spot I go is unfortunately a dispersed motorcycle riding area and a party on weekends spot", James posted.  "The problems are all three groups using it are trashing it.  The worst is the party people.

They burn furniture and pallets and have huge bonfires right where a shooter would park a vehicle.  The amount of nails is in the millions now. Impossible to clean up all of it.  So now we park a ways away and walk over to our shooting position.

The shooters leave hundreds of shotgun shells and boxes.  I've raked up the shotgun shells a few times but it's like picking up garbage on a beach.  It just floats in again later.  This year was the worst for burning furniture.  It seems everyone thinks after they burn their couch or tires it's all gone.  Well it's not.  There's springs and thousands of nails and a framework left over."

I volunteered to help him out so we set a short date for Saturday, Sept 5th.  Several others wanted to join in but scheduling wouldn't allow it, so, only James and I was there.

One person was already there when I arrived at 8:45 AM and he was target shooting. I tactfully mentioned there is a temporary ban on shooting in all DNR managed state lands. He was a bit surprised but respectfully stopped shooting and picked up his trash bag to help.  (There were no 'Closure' signs posted at this site nor any along the way to the site.)  We enjoyed each other's company and had some good conversations. He had to leave within an hour but I sure enjoyed meeting him and hope to do so again.
James arrived and it was just he and me for the rest of the morning. We had hoped for others to join but being the holiday weekend and this being a spur of the moment get together, we understood there may not be any more help.
But we did pretty good! There is still some work to be done and most of it will be tackling the thousands and thousands of nails from in and around that burn pile! We encourage anyone who can help with that to contact us and develop a plan of action.
During this temporary ban on target shooting, this is the best time to go clean up your favorite shooting site. You will still need a Discover Pass, when on WA State lands, and you always need your Fire Prevention Equipment, so go prepared. You will be surprised at the difference you can make in just a half day! 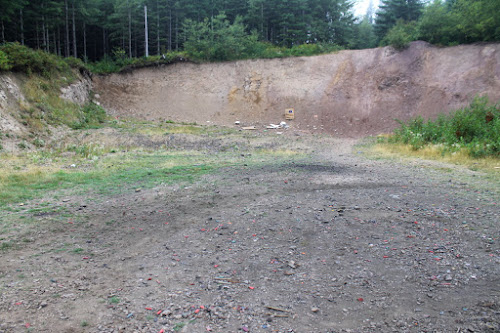 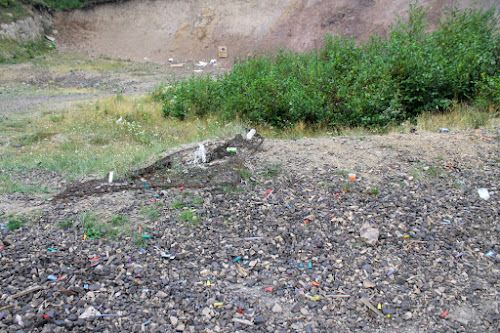 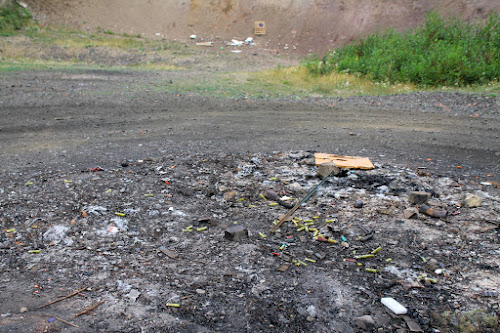 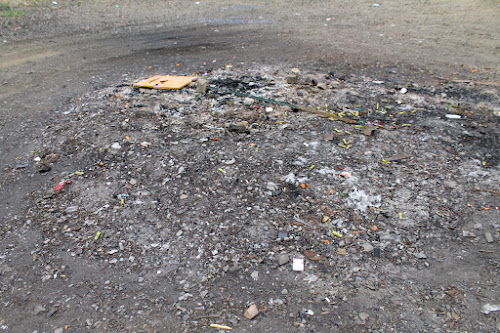 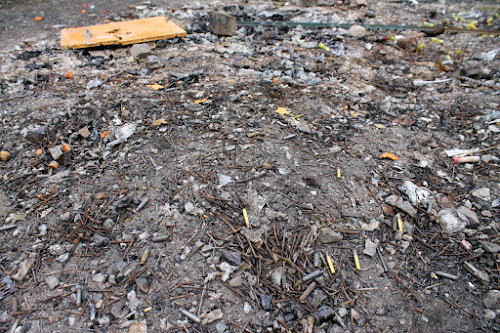 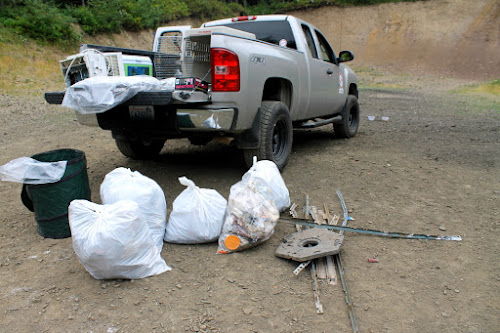 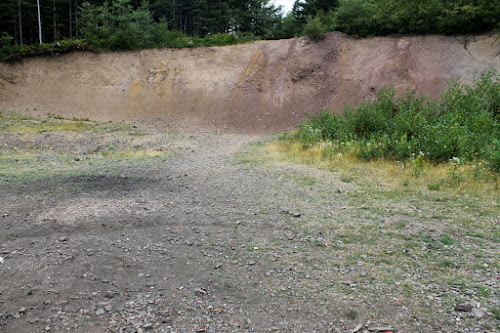 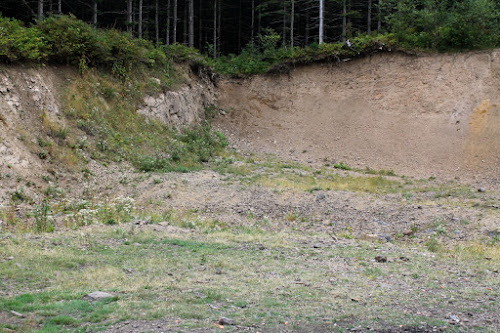 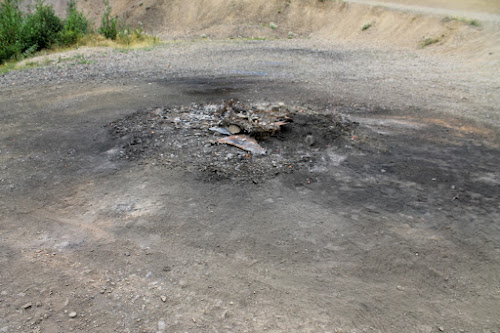 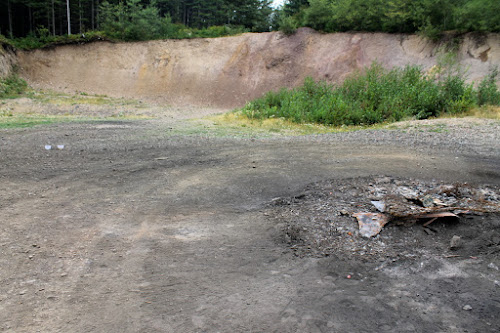 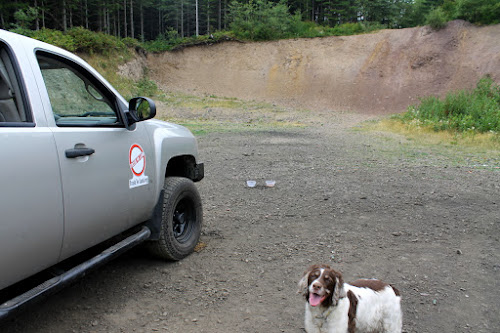 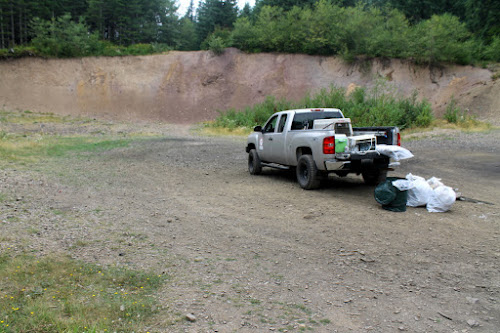 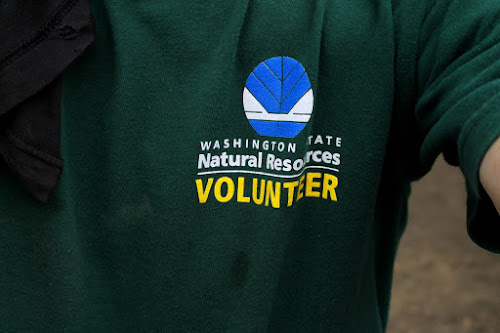 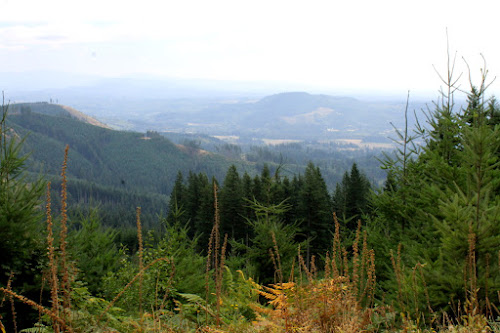